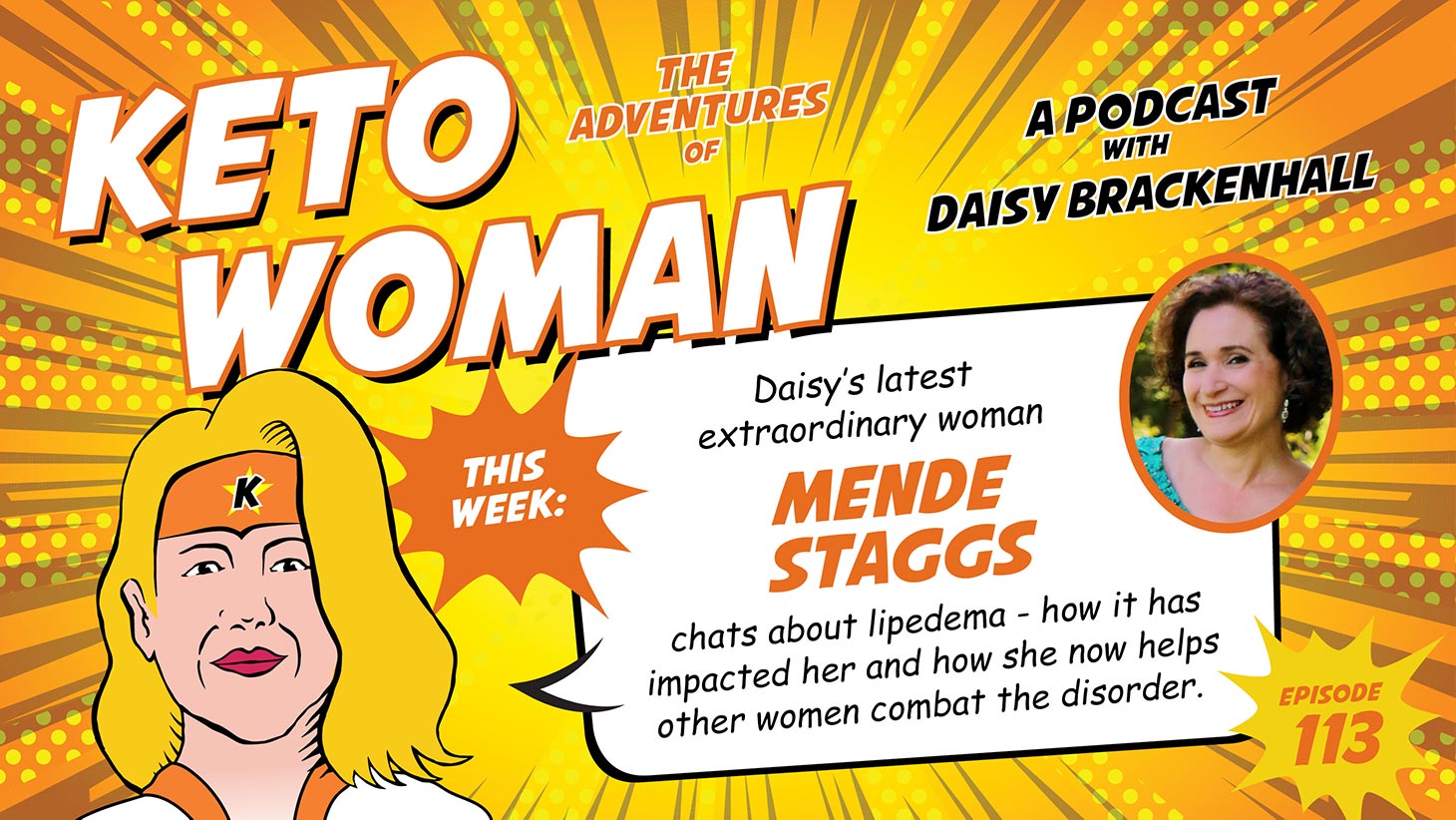 Daisy’s latest extraordinary woman, Mende, chats about lipedema – how it has impacted her and how she now helps other women combat the disorder.

Mende is 46 years old and has been married to her college sweetheart for 27 years They have four beautiful children: one girl and three boys. They have a small hobby farm in rural Missouri where they grow honeybees, mushrooms, heirloom vegetables, goats and chickens. Mende is a baker and cake decorator, and she teaches junior high and high school cooking classes at her local homeschool co-op. Mende has also taught many community education classes on a variety of subjects at both a local technical school and the farmers’ market.

Mende has used her cooking and teaching experience to coach women with lipedema in the keto way of eating. Mende is passionate about keto and wants all women who suffer from lipedema to find the same physical, emotional and spiritual healing she has experienced.

Mende has been larger than a size 18 since she was 18 years old and has tried just about every “diet” out there and failed to lose the wight or keep it off. The only semi-success she had is when she went on the Atkins diet about 15 years ago, but she found it too hard to maintain, and gained all her weight back and more.

Not only has Mende struggled with her weight, but her legs and hips have always been disproportionately larger than the rest of her body and are often swollen and painful. Her mom has never been overweight, but she has the same large, swollen and painful legs, and so do many female members of her family. Doctors had no answers, so Mende figured it was just her genetic lot. She never gave up searching online for an answer and, in 2015, Mende discovered The Lipedema Project. She watched the documentary The Disease They Call Fat and she knew she had found the answer.

In August 2016, Mende received an email invitation from Catherine Seo for a seminar about lipedema and the keto way of eating. Mende had no idea what keto was, and when she realized it was “another diet,”  she was skeptical, at best. She didn’t understand how it was any different than the Atkins plan she’d been on before, and was doubtful that it would work for her anyway. But, Mende was also desperate for something to help her, so she started keto if only to prove that it would fail her too.

Her goal was to be a size 14 again… the size of her teenage self. Mende has lost 100+ lbs and is now a size 6. She had also suffered from debilitating migraine headaches since elementary school and they are completely gone!

Mende has a condition called lipedema that causes her pain and fluid retention. The swelling is well-controlled and the pain is nearly gone. Keto is her new way of life and Mende is excited to see where this keto journey will take her!

Mende received her training as a keto coach from the Noakes Foundation’s Nutrition Network. She is serves as a faculty member and facilitator for the Beyond Lipedema Masterclass and Mini-Masterclass, and she is a coach with Lipedema Simplified.

Ketolicious Holiday Cookbook which is also now available on Amazon

Do You Have Lipedema Quiz

Lipedema – The Disease They Call FAT: An Overview for Clinicians

Keto for Lipedema and Lymphedema

Lipedema – The Disease They Call FAT Documentary FREE to watch