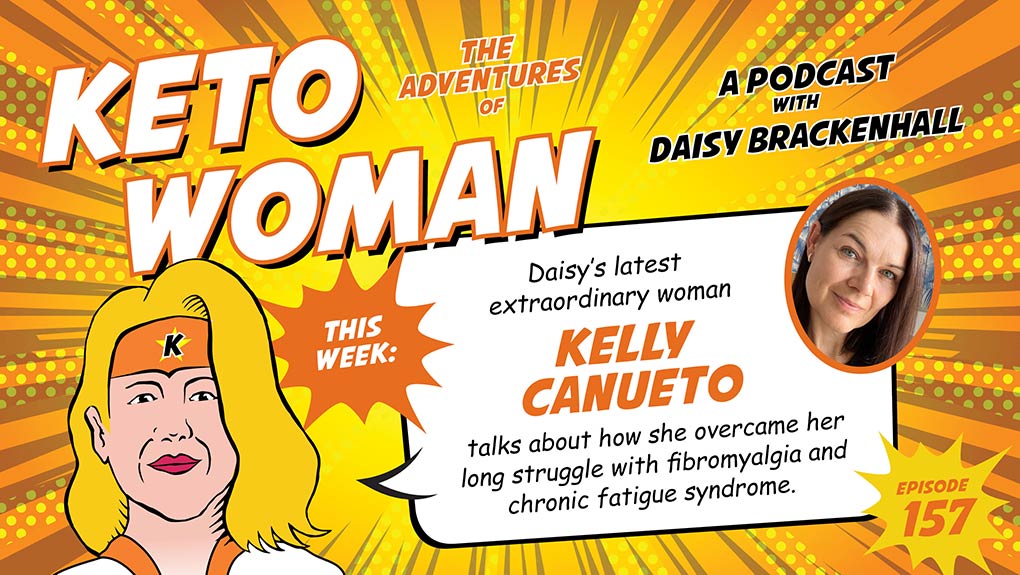 Daisy’s latest extraordinary woman, Kelly, talks about how she overcame her long struggle with fibromyalgia and chronic fatigue syndrome.

Kelly is a 49 year old Brit living in Marbella, Spain.

She began suffering with chronic pain after a whiplash injury which never seemed to heal. After years of neck and back pain she later went on to develop Fibromyalgia, a condition that caused severe widespread pain and extreme fatigue never alleviated by rest.

For Kelly’s story of recovery please see below the Links.

Chronic Pain: Your Key to Recovery by Georgie Oldfield

The Cure For Chronic Pain

Tell Me About Your Pain

If you want to get in touch with Kelly directly:

Fibromyalgia & chronic fatigue – How I recovered after almost 20 years!

I tried yoga, tai chi, meditation, osteopaths, chiropractors, massage, physiotherapy, orthotics, accupuncture, antidepressants, Alexander Technique, EFT, eating vegan, eating paleo, numerous supplements and probably a quite a few more things I’ve forgotten to mention. Relief was only ever temporary and paying too much attention to whether certain foods were the cause of my pain just added to the stress of being ill.

I managed the condition to begin with but ended up pretty much housebound for about 5 years.

I was so desperate to recover but felt very guilty spending more money on my recovery, on me! I got to such a rock bottom one day that I just had to say fuck it because I couldn’t go on being that ill any longer. I researched the top ways people recover and discovered Mikel Therapy & The Gupta Programme.

At the same time some people on a Fibro/CFS recovery group mentioned a book called Healing Back Pain by Dr John Sarno that had been a part of their recovery. I’m so glad I saw that thread and ordered the book. It gave me back my life!

The book is really about chronic pain that occurs anywhere in the body. Dr Sarno explains that Fibromyalgia is a severe form of a muscle tension syndrome called TMS. Read any book by Dr John Sarno but Healing Back Pain is the most concise and available as an audiobook on Amazon, only 3hrs long.

Check out this video clip too…

Chronic Pain – The Key to Recovery by Georgie Oldfield

A short book to read with a really clear explanation of what’s happening in your body. Followed up with around 8 therapy session by phone. Saying what I was really feeling instead of what people wanted to hear, and not putting everyone else’s needs first, were things I needed to learn how to do. I highly recommend this. Working with a female therapist is better in my opinion.

A DVD course with a really clear explanation of what’s happening in your body. It affirmed what the Mikel Therapy book said. The physical symptoms cause anxiety and the anxiety over the physical symptoms causes the physical symptoms! You just get trapped in a cycle. It made such sense and explained why nothing I’d tried previously had worked. Once you become certain that this is what’s really going in your body you start to react with indifference to the symptoms, this begins breaking the symptom/anxiety cycle. The pain starts to fall away and you get better.

The Gupta DVDs also include NLP exercises to help break the pattern. I found them a little complicated compared to Dr Sarno’s method which is much simpler. He says you must react with complete indifference to any symptoms. This isn’t just “ignore the symptoms and they’ll go away”. This only works when you have read the information from several sources and truly understand and believe that the source of your pain is not physical but psychological. It’s like false alarms are being set off in your body, you just need to learn how to switch them off rather than react to them.

The books about TMS and Mikel Therapy were essential for me. The Gupta DVDs were a great reinforcement but perhaps not essential, although the DVDs contain many inspiring recovery stories that gave me hope and belief when I really needed it.

The TMS Wikipedia site tmswiki.org is a really helpful resource. The Pain Psychology Centre in LA have a great free recovery guide on there.

There’s also a new free recovery course you can get as an app that is based on Dr Sarno’s work called Curable at curablehealth.com

I recently did an online course called The Linden Method. I’d suffered with Anxiety issues for many years. This also helped me reach full recovery.

Before I became ill I was never a sporty person in fact quite the opposite but since recovering I have a new found love and appreciation for being able to move my body freely without pain. I started cycling because it was fun, then I started Zumba. I only danced to two songs in the first class but gradually built confidence in my body’s capability. Now I go twice a week, go cycling every Sunday and have just started the couch to 5k running plan.

There are not enough days in the week for all the fun stuff I want to do. I also stated a small jewelry making business as a hobby and can finally apply myself to learning Spanish now that the brain fog and fatigue have lifted too. I am so happy and grateful that my life is now fun again.

I hope this info gives you an insight as to what worked for me and the hope that you too will recover.