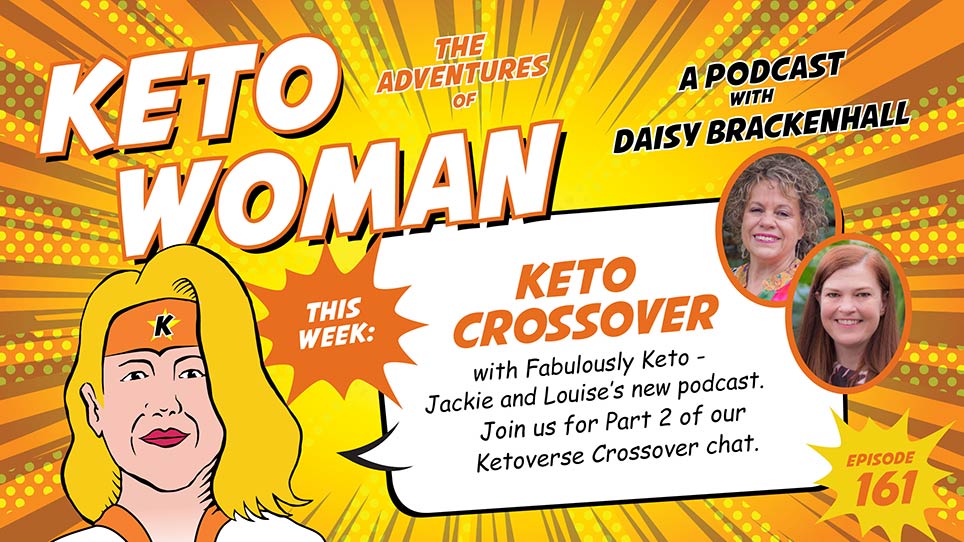 Join me, Jackie and Louise for the second part of our Ketoverse Crossover episode.

Listen to the first episode here:

Fabulously Keto is a weekly podcast cohosted by Jackie Fletcher and Louise Reynolds.

They interview a range of guests using real food, low carb, keto and carnivore ways of eating. They also feature a quarterly AMA – Ask Me Anything episode – where they answer your low carb and keto questions.

Jackie lives in the UK with her husband and twin boys. After starting on her low carb eating journey in May 2017 and then moving to a ketogenic way of eating in January 2018, she has discovered a passion for everything low carb and keto. In 2019 she decided to make low carb and keto part of her vision to help others on their journey to health and weight loss. Jackie has a certificate in the ketogenic diet, is a nutrition advisor and is a trainee Functional Diagnostic Nutrition Practitioner. She is also an ambassador for the charity PHCUK.org (Public Health Collaboration) dedicated to informing and implementing healthy decisions for better public health.

Louise is a military wife to Andrew and mum to three adult sons. In her working life, she was the first Australian female paramedic to gain her PhD and then moved into university and college teaching roles. Since late 2015, both Louise and Andrew have used low carb ketogenic way of living to address a number of health issues along with maintaining their respective weight losses.  During 2018, she took a UK ‘gap year’  living, working and traveling and discovered a new found love of pork scratchings and clotted cream where she met Jackie Fletcher.  Louise has now joined Andrew on his current posting to Bangkok, Thailand.